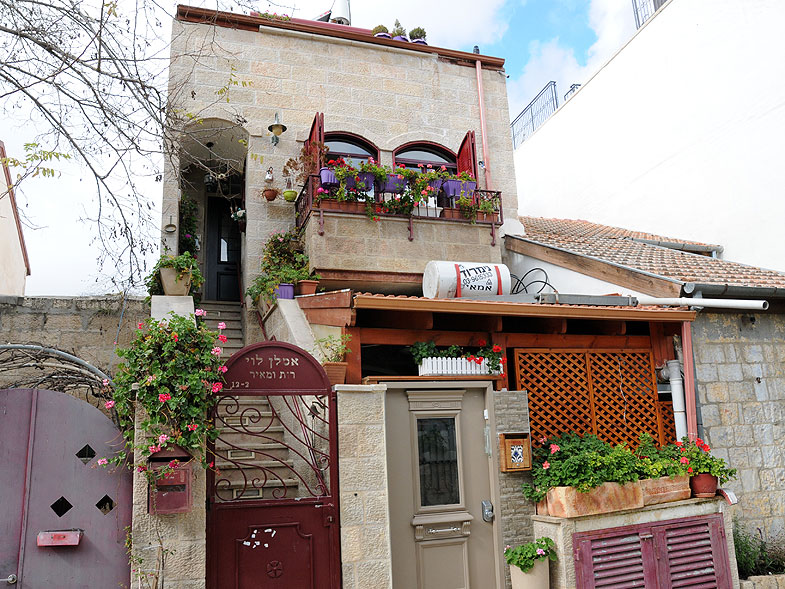 Jerusalem is the capital of the State of Israel. Today, more than 770 thousand people live in Jerusalem. This is an ancient and at the same time modern city - it has museums, theaters, a zoo, a university, several large hospitals. In Jerusalem, the Knesset (parliament) and government agencies are located.

Jerusalem is a city of three religions. Among the population of Jerusalem, two-thirds are Jews and almost a third are Muslims. Two percent of the city's population are Christians.

Jerusalem is a little over 3,5 thousand years old. But the settlement on the site where Jerusalem is located, existed in the fifth millennium BC. Then the Jebusites lived here. In 2300 on the site of the present Jerusalem was the city of Shalem, which was ruled by Melchizedek. We learn about it from Tanakh.

From 1000 to 586 BC Jerusalem was the capital of the Jewish kingdom. King David built a city here. King Shlomo, the son of David, built the First Temple on Mount Moriah in 906 BC.

The temple stood until 598 BC, before the invasion of Nebuchadnezzar, who conquered Jerusalem. In 586 BC the Temple was destroyed, and the survivors of Jerusalem were taken captive to Babylon. In 538 BC persian king Cyrus the Great allowed the exiles to return and restore the Temple in Jerusalem.

Two hundred years later, Jerusalem was under the rule of the Greeks. After the death of Alexander of Macedon he was captured by Ptolemy I, the ruler of Egypt.

In 63 BC the city was captured by the Romans. Herod the Great engaged in extensive construction and began to rebuild the Temple. In 66 AD a rebellion broke out in Judea. In response, the Roman army besieged Jerusalem. In the summer of 70 the city was captured and the Second Temple burnt. The population of Jerusalem went into exile.

In 130 on the ruins of Jerusalem was built a Roman city called Elia Kapitolina. This is the cause of the Bar Kochba revolt. The Jews occupied Jerusalem and even built a temporary Temple. In 135 the uprising was suppressed.

From 1917 to 1947 the city was under the authority of the British Mandate. In 1948, as a result of the War of Independence, Jerusalem was divided: its western part became the Israeli capital, and the eastern part became part of Jordan.

Jerusalem was proclaimed the Israeli capital in 1950. In 1967, during the Six Day War, Israel returned the eastern part of Jerusalem.

In July 1980, Israel passed the Jerusalem Law as Basic Law. The law declared Jerusalem the "complete and united" capital of Israel.

City streets and attractions near the city:

At the Western Wall

City streets and attractions near the city:

At the Western Wall

Israeli Settlements in Judea and Samaria

Religious Cities and Villages of Israel

Distances between Cities and Villages

The Health Care System in Israel

Hospitals and Medical Centers in Israel

Cities and Villages of Israel

Traveling in the Holy Land

The Antiquities of the Land of Israel